Posted by Prakash Consultancy Services at 00:36 No comments:

Email ThisBlogThis!Share to TwitterShare to FacebookShare to Pinterest
Labels: Rajasthan-Shops-And-Establishment

Posted by Prakash Consultancy Services at 00:24 No comments:

Posted by Prakash Consultancy Services at 17:42 No comments: 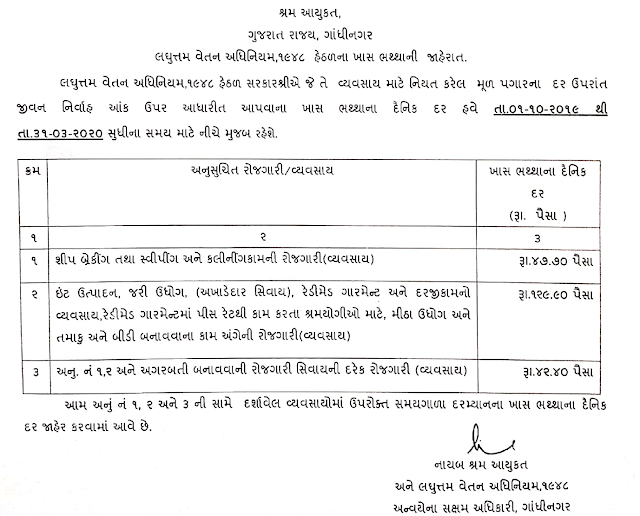 Posted by Prakash Consultancy Services at 19:53 No comments:

Maharashtra State assembly Election to be held on 21st Oct 2019

1.According to the democratic pattern of our country, all citizens who were registered over 18 years It is up to 100 % to vote in the election. Taking into account this issue, the People's Representation and the Act, 1949
According to Rule 135 (b) of (Part-2), the voter is entitled to vote on the day of voting. Payment can be made to pay, or reasonable discounts on working hours at some locations. Give in. Some of my past choices have been that organizations, establishments, etc. Paid goodbye Or do not offer discounts. This leaves many voters disenfranchised, which
Very dangerous for democracy.

2. As per the order issued by the Election Commission of India in 288 Assembly constituencies in Maharashtra. The election will be held on 21st October 2019. All the voters in this election belong to them
The following orders are given to ensure that the voting right is done properly:
I) Workers /officials/employees who are voting in the polling area for election. Everyone who is outside of the general election area shall be entitled to vote on the day of the election.
Payment should be made to pay.

III) Exceptionally, in the case of workers, officers, employees, etc., the full day will not be paid. So, workers in the polling area have only two to three hours instead of free time to vote. Can be discounted. Regarding the matter, he had earlier informed the concerned district officials and district election officials. Permission will be required. In any case, voters need at least two to three hours to vote Establishment owners will be required to take account of the receipt of compensation.

Email ThisBlogThis!Share to TwitterShare to FacebookShare to Pinterest
Labels: Maharashtra-Election

The Tripura Ease Of Compliance To Maintain Registers Under Various Labour Laws Rules,2019


Government of Tripura vide notification no No.F.21(98)-LAB/ENF/Labour Laws/2017/7062 has released the Tripura Ease of Compliance To Maintain Registers Under Various Labour Laws Rules,2019.

As per the notification and the new rule, various registers to be maintained under the provisions of the


These registers can also be maintained electronically provided that layout and presentation of the register may be adjusted without changing the integrity, serial number and- contents of the columns of the register.

For more details please refer to the notification attached herewith

The Tripura Ease Of Compliance To Maintain Registers Under Various Labour Laws Rules, 2019

1. (1) These rules may be called the Employees' State Insurance (Central) Amendment Rules, 2019.

From the above ammedment if any average daily wages is less then equal to Rs 176 No ESIC contribution is to be deducted from the Employee. Employer Contribution will have to be contributed.

Posted by Prakash Consultancy Services at 19:28 No comments:

Email ThisBlogThis!Share to TwitterShare to FacebookShare to Pinterest
Labels: Esic-Circulars

Government of Telangana vide notification no G.O.Ms.No. 24, in reference to previous notification G.O.Ms.No.51, L.E.T. & F. (Lab) Department dated 16th June 2016, has further exempted all establishments to keep open on all the days of the year in Telangana State for a further period of three (3) years with effect from 16.06.2019 and subject to conditions mentioned in notification fulfilled by the establishments failing which exemption granted will be liable for cancellation.

(i) The working hours of the employees shall be 8 hours per day and 48 hours in
a week. Record of over time will be maintained in the Wages Register
separately in respect of the employees who worked beyond normal working
hours.

(ii) Every employee will be allowed to avail a Weekly Holiday as per the list
exhibited (Form 24) at the main entrance of the shop on rotation basis.

(iii) If the employees are found working on any Holiday or after normal duty hours
without proper indent of Over Time, the exemption granted will be liable for
cancellation.

(v) In case of Women employees who are required to work beyond 8:30 P.M.,
transport arrangements are to be made to the women employees. A notice
to this effect in Telugu and English shall be exhibited at the main entrance
of the shop indicating the availability of transport.

(vi) All employees are to be provided with Appointment Letters and copy of the
same will be furnished to the jurisdiction Inspector and acknowledgement
shall be preserved in the shop for inspection at any time.

(vii) Visit Book shall be maintained exhibiting a copy of the exemption for
verification by the Inspector for compliance with the conditions on
exemption.

(viii) The exemption is valid for three (3) years only and subject to compliance
with the conditions of exemption and also compliance with the welfare
provisions applicable under various Labour Laws.

(ix) The wages for the employees shall be credited to their saving bank
Accounts.

(x) EPF & ESI deductions shall be implemented in respect of the eligible
employees.

In my earlier blog i had share the new Basic wages of Shop & Establishment & i had mentioned that New Special allowance will be revised w.e.f. from 24th July 2019 & the same has been declared

In the Month of July 2019 we need to calculate the salary in two phase   in regards to Shop & establishment if already paid then we need to pay arrears in the month of August 2019 & accordingly Bonus will also be affected.

As per my yesterdays blog  maharashtra-minimum-wages-increase Final Notification where in we had uploaded the final notification of the revised basic of Shop & establishment in this regards i have been receiving  calls & emails in regards to what is the final Minimum Wages to be taken in to consideration.

I would advise that once the new special allowance will be declared on 5th of  Aug 2019 after that only make all the changes in the salary structure etc & give the difference of the same as arrears in Aug 2019 salary.

if any query pls drop me email on prakash@pcsmgmt.com

Posted by Prakash Consultancy Services at 16:06 No comments:


Mumbai: Labor Welfare Minister Dr Kishore has decided to increase the minimum wage of workers working in shops and establishments in the state . Taken by Sanjay Koote. This increase is about to double. The increase was pending for the last nine years. About one crore workers will benefit from over one million shops and establishments in the state.
The minimum wage of employment is rescheduled every five years under Section 03 of the Minimum Wages Act, 1948, with the advice of the Maharashtra Minimum Wage Advisory Board. However, for the last nine years, minimum wages have not been rescheduled for technical reasons. Minister of LaborKutte's pursuit has made it possible for the working class to get minimum wage.
It includes all the municipal boundaries of the state of Maharashtra and 20 km from the municipal area. Industrial area and camp area upto 5,800 to 11,632, 5,400 to 10,856, semi-skilled workers to 10,856, 5,500 to 10,021 to unskilled workers and 11,036 to 5,0100 and 4,960 to 6,450 and 10,260 to skilled workers in municipal corporation. Excluding the corporation, the remaining area of ​​Maharashtra state has 5,200 to 10,440 skilled workers and 4,800 to semi-skilled workers. Up to 9,664, unskilled workers have been increased from 4,400 to 8,828. The notification in this regard has been implemented from July 24, 2019.
Awaiting for Notification without Notification pls dont Make any changes in the Salary Structure once we get the respective circular  then  only make the changes
Posted by Prakash Consultancy Services at 21:09 2 comments: