There has been amendment under Contract labour Act 1970 in Haryana region.

In this regards, to the same Deputy Labour  Commissioner, Dadra & Nagar Haveli has instructed to all Industrial  establishment and contractors to pay the bonus to their employees /workers as per the Payment of Bonus Act 1965/Payment of Bonus (Amendment) Act 2015. The instructions should be followed scrupulously. Non compliance of the provision of the Act would invite penal action. The employers shall also submit Annual Return in Form “D” under the Payment of Bonus Rules, 1975 immediately after making payment of bonus.

Hence, all the factories and establishments including contractors to which the above Acts applies are requested to ensure that they pay bonus to their eligible workers in accordance with the provisions of the Act.

For more details please go through the attachment.
👇
Circular-from-Labour-Department,-DNH-Bonus
Posted by Prakash Consultancy Services at 19:14 No comments: 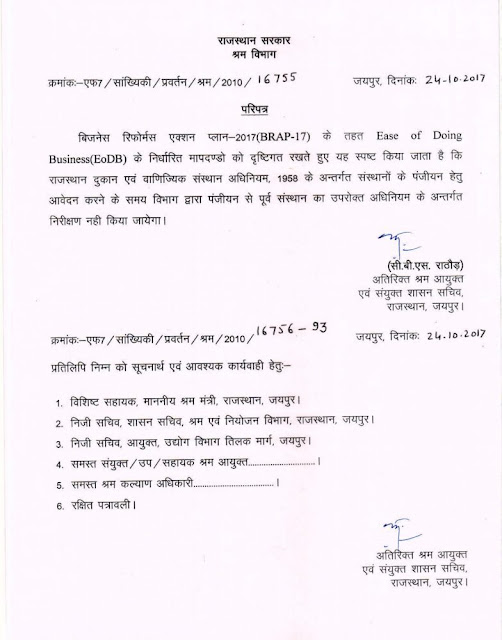 Posted by Prakash Consultancy Services at 18:32 No comments: