Quoting of Pan Mandatory for Following Transaction from 1st Jan 2016 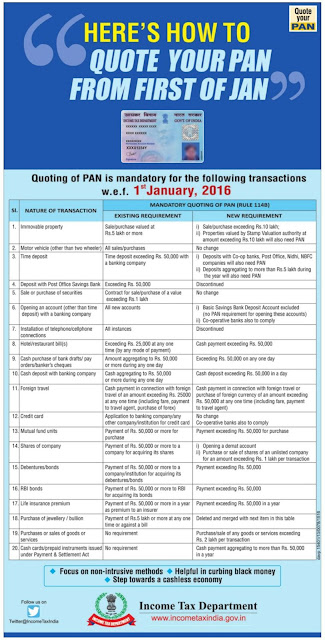 Posted by Prakash Consultancy Services at 19:35 No comments:

1.Universal account number(uan) has been made compulsory  to avail all services like settlement of claims, filing of complaints etc. W.e.f. 1st January 2016.

2.Any claim, complaint, grievances, correspondence will be entertained only if uan is mentioned.

3.Those who are not having uan may obtain it from the internet portal of Epfo
www.epfindia.gov.in at the home page menu “ for citizens “. Pls see the link       http://epfindia.com/site_en/CitizensServices.php?id=sm16_index

4.The employers shall not forward any claim without an uan to avoid any penal action.

The Lok Sabha today passed a bill allowing doubling of wage ceiling for calculating bonus to Rs 7,000 per month for factory workers with establishments with 20 or more workers, with the benefits being applicable retrospectively from April 2014.


The Payment of Bonus (Amendment) Bill, 2015, was passed by a voice vote, with some members objecting to the raising of eligibility limit for payment of bonus from a salary of Rs 10,000 per month to Rs 21,000.

Pls refer to the link & bill

Bonus amendment as passed in Lok Sabha 2015
Posted by Prakash Consultancy Services at 16:46 No comments:

Launch of Upfront Allotment of UAN to employees

A. Any citizen, even if not a member of EPF, can obtain UAN through online
mode.
B. To register for UAN, an Online facility has been made available in public
domain as a single page form.

C. There is no need to submit any physical documents.

D. The citizen is required to provide only few information like KYC, contact and        Bank details.
E.  UAN would be sent on the mobile number of the applicant through SMS. 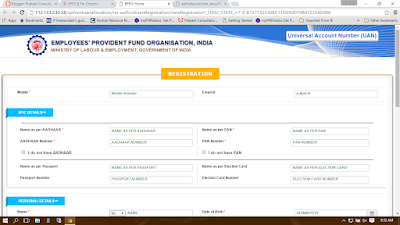 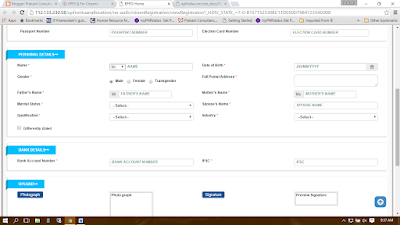 Posted by Prakash Consultancy Services at 09:50 No comments:

Posted by Prakash Consultancy Services at 20:01 No comments:

The amendment bill amends Section 66(1) (c) of Factories Act, 1948 to ease provisions related to working of women in night shifts in the state.

* Prior to amendment, the section 66(1) (c) of parent Act did not allowed women employees to work in the factories in night shift between from 7 PM and 6 AM.

* Apart from this, the amendment bill also enables workers to be eligible for paid leave after working for 90 days in a year instead of the current 240 days or more.

* Besides this, the amendment also does not make mandatory for workers to take the management’s permission for working overtime. In this regard, the amendment bill has increased the working limit to 115 hours from the current 75 in 3 months.

With this, Maharashtra has joined the list of 6 Indian states that already have allowed women to work in night shifts or are in the process of doing so. They are Rajasthan, Haryana, Andhra Pradesh, Punjab and Madhya Pradesh.

Posted by Prakash Consultancy Services at 22:18 No comments:

Email ThisBlogThis!Share to TwitterShare to FacebookShare to Pinterest
Labels: General


IMPORTANT POINTS
Copy of the judgement is appended below

From 1st Dec 2015 EPF has launch a new process in regards to  registration of Company EPF No , where in Now before registration we have to upload the Digital Signature, on specific uploading of Digital signature we can register for New EPF Number

Further now in new registration no submission of digital signature will be required on successful uploading of the same it will be active.